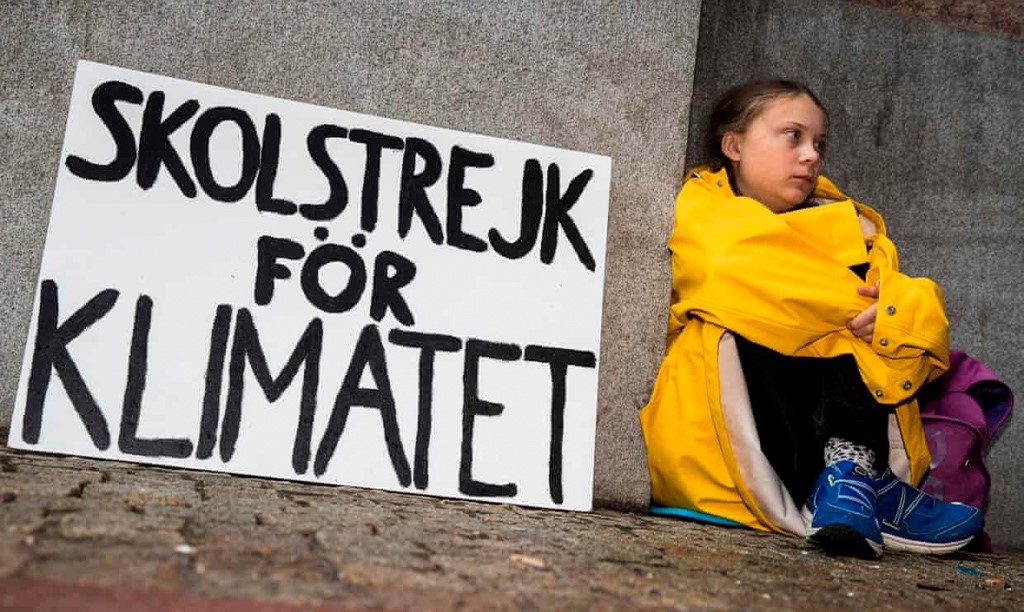 Posted at 11:05h in Uncategorized by Nacho Noriega 0 Comments

They are the generational relay, and for brands to master this group –born between 1995 and 2015– it means showing through actions that their commitment to building a more sustainable society is intrinsic to their reason to exist and not a mere marketing strategy.

Greta Thunberg has surrendered the world with her long braids and her upturned nose. Her initiative to strike school and stand before the Swedish parliament every Friday to call the attention of political leaders on the effects of climate change has led to the worldwide movement Fridays for Future, that youngsters all over the world support. As a token, on Friday March 15th children and teenagers from more than 1.600 cities in over 100 countries joined Greta in her protest.

From August 2018, when she began her school strikes, Thunberg has been invited to talk before her country’s Parliament, TEDx Stockholm, the UN, and Davos Economic Forum. She has delivered her message to whoever wants to listen, and she doesn’t get frightened by any audience.

Before Greta, another teenager, Malala Yousafzai, received the Nobel Prize in 2014 at 17, for her activism in civil rights, especially women’s, in her native country Pakistan.  Both Greta and Malala represent and are representative of the post-millennial generation. One that is completely digital, hyper-informed and conscious that future belongs to them.  Above all, it is a generation ready to act to provoke changes in the way today Governments, businesses and politicians act today about matters such as climate change or gender equality that have a direct incidence in how that future is drawn.

Also known as Centennials or Generation Z, Post-millennials are very different from their predecessors millennials. Generation Z is independent and down-to-earth, and although they do not yet have decision on buying or acquisitive power, they will. For the time being, they influence their parents, their inner social circle and make happen tangible change in their families’ and friends’ day-to-day lives. Best example ever, Greta’s own, whose parents, opera singer Malena Ernman, and actor Svante Thunberg, became vegetarian and gave up flying to reduce their carbon footprint, convinced by their daughter’s opinions.

According to a Bloomberg’s analysis based on UN data, in 2019 Generation Z will account for 32% of the world population. Not a despicable figure in terms of consumption potential, taking into account their influence on their parents’ and friends’ buying decisions. “If a few children can get headlines all over the world just by not going to school, then imagine what we could all do together if we really wanted to”. Something to think about, no doubts.

Greta and Malala embody the generational relay that is storming in. They represent the transparency and solidarity values that those born between 1995 and 2015 stand for; also, their independence and their will to not let in somebody else’s hands the future they consider that belongs to them by right.

Generation Z children haven’t known a world that is not digital and have been brought up in the middle of the antiterrorism war, the growing concern for climate change and a global recession. They are the DIY generation, used to solve their own problems, they mobilize through clicking and just for specific reasons. They are active militants of the causes they embrace and believe in action better than words.

Herein lays the big test for brands, that face a challenging consumer that demands transparency in the market. Centennials want honest and loyal brands, involved with society and the world. They are aware and responsible consumers that read labels throughout and want to know details on manufacturing processes of the products they consume; whether they are fair trade or not; or if manufacturing processes are environmentally responsible. They are also aware of the power of social networks and it is there where they give opinion.

Times change, and those when sustainability and environment were issues restricted to NGOs and Government agencies are long gone. Now, they are everybody’s problem. So, society increasingly demands from brands to take responsibility in the building of a more sustainable society, capable to satisfy its present needs without compromising the future for generations to come.

This implies to re-think how businesses processes and products are designed, but above all, puts in the hands of brands, due to their influence, the huge opportunity to become platforms for divulging and sensitizing on the issues important to society.

“We need hope, of course. But the one thing we need more than hope is action. When we begin to act, hope is everywhere”, said Thunberg in one of her talks. It is clear. For the Z Gen words are not enough. Brands can start taking note.